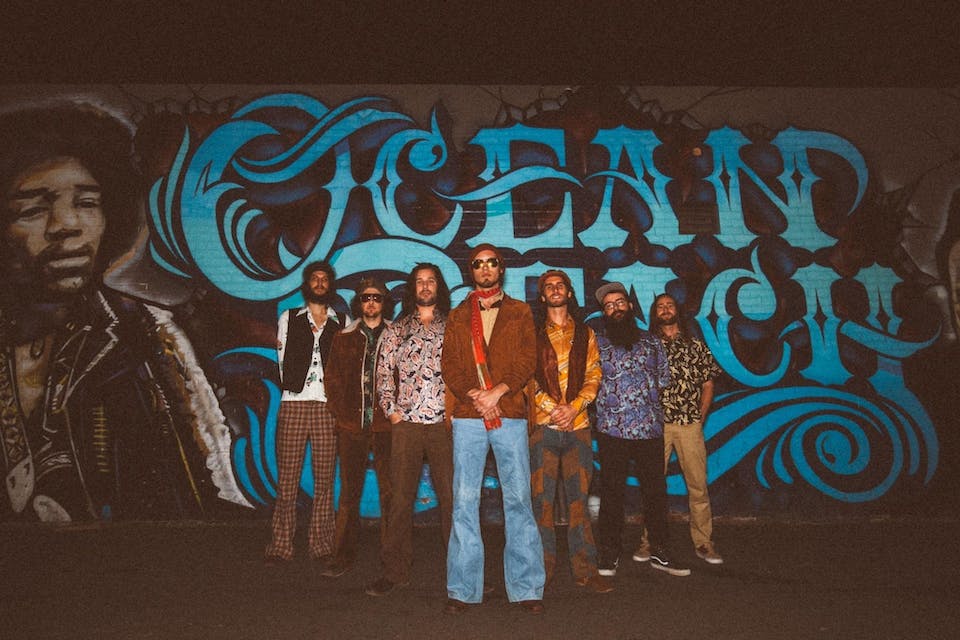 Reminiscent of James Brown, and Sly and the Family Stone, Diggin Dirt, is a band that is very well known around Humboldt County and the Pacific Northwest for uniquely blending together their influences that range from funk to blues to reggae to psychedelic-rock, to make something that is all together new and old sounding, in the best way possible. Diggin Dirt are an 8 piece band with tight horns and an even tighter rhythm section and they never fail to keep the dance floor moving all night long. Excitement, top notch stage presence, and high quality original songs are sure to be delivered in more than adequate dosages with Diggin Dirt on stage. Whether you intend to or not, Diggin Dirt will have you moving from your head to your toes if you happen to find yourself in the same room as this extremely funky powerhouse of a band.

The Guestlist has a hard time with genres.

Mostly stemming from roots in the blues, they have crossed many different genres and styles. Josh starting writing songs after the passing of his father in 2011. He wrote 40+ songs in a garage in the mountains of Colorado, came out of his reclusive state and formed Ashen Embers. After they put out an album, two members left to travel longterm and Josh developed serious medical issues that have not ceased but have inspired many songs.

After calling the band quits, Josh began to play solo. He then joined back with Cameron Wyman from Ashen Embers on bass. Cameron's friends from jazz school began jumping on board with the band like Zach Holcomb, a local coffee roaster and freelance jazz pianist. Then they had chosen a drummer from school, Tate Ignelzi. Ignelzi has been involved in several projects including : Drumming/producing with John Runnels, Signel-Z, Lily Fangz, and D-stylz. The band quickly started playing shows after the four first heard Josh's tunes in late 2013. Then, they added Eric Estrada on trumpet and Kyle Videtzky playing the saxophones.

Tate, Cameron and Josh live in a shanty ramblin' house ("The Bloodswamp") in downtown Denver that is scheduled to soon be demolished. They put on shows in the backyard where they built a crumbling, wooden stage next to graffiti'd walls, an abandoned house and a strangers boat. They have noise complaints to prove it.

With their new studio album coming out in the late spring, The Guestlist is pushing boundaries of the group's sound. They have partnered with multiple different names in Denver's rapidly expanding music scene (soon to be disclosed), and are trying to spread the passion they feel about life, music, class, as well as politics across the rocky, white and purple mountains and beyond.