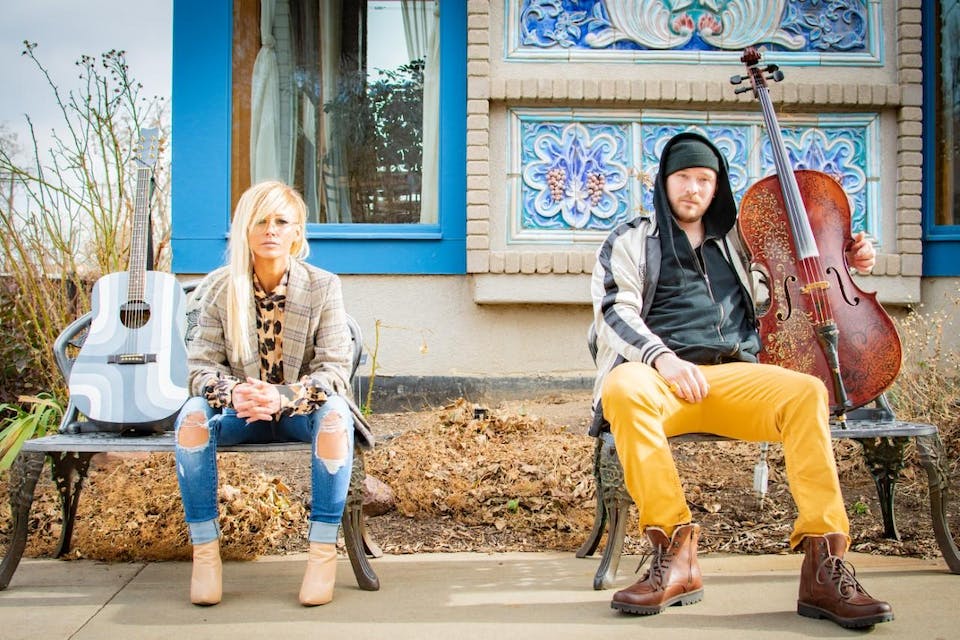 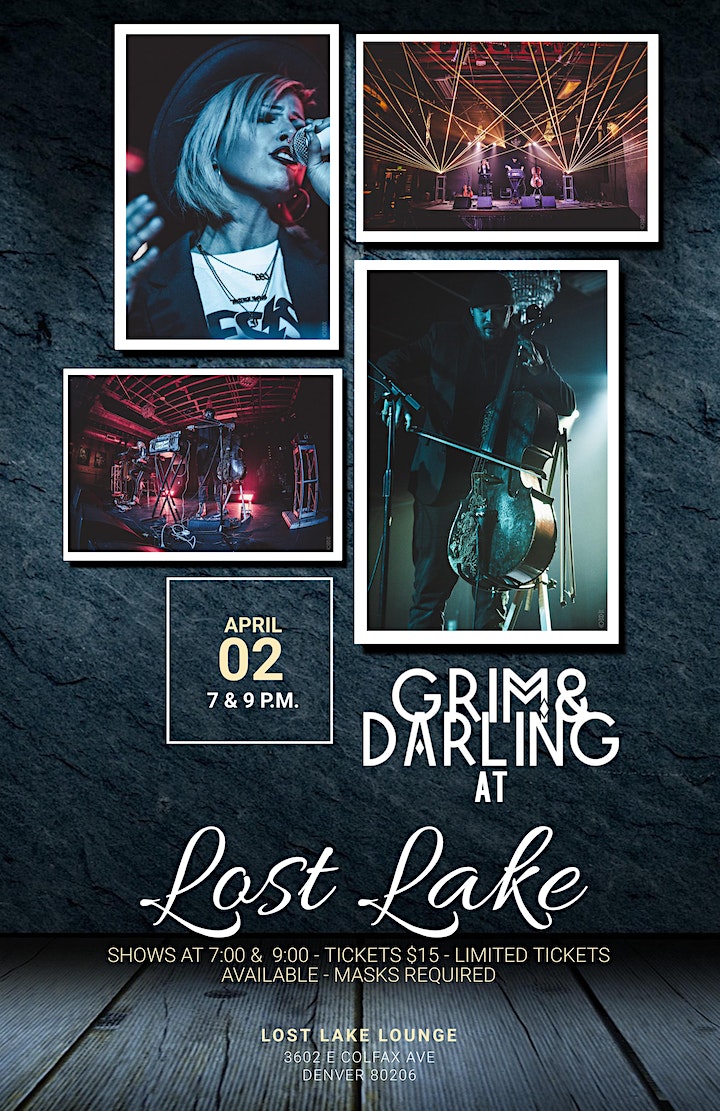 The duo Grim & Darling is set to make waves in the music industry. G&D came to fruition when Jessa Red posted a craigslist ad seeking a talented beat boxer/emcee/cello player. By the blessings of the music gods, Jordan Polovina responded to this ad and Grim & Darling was formed in 2014. Together they are crafting a unique genre unlike anything you’ve heard before – Folk-hop.

Their soulful writing style combined with the duo’s use of unforgettable melodies and harmonies, both vocally and instrumentally, leave your ears wanting more. Jessa, who plays guitar and sings, comes from a solo folk singer/songwriter background. Jordan Polovina brings his influences as a producer and emcee into the mix with hard hitting beats and lyrical verses that can leave the biggest hip hop fans in awe.

Their debut album, Beauty Through Pain, was released in July 2015. It features an astounding mix of guest musicians including Steakhouse and Sloppy Joe of Whiskey Blanket. The fourteen track album is filled with “vulnerable lyrics, haunting harmonies, live instrumentation and hard hitting beats to create a dynamic and memorable” listening experience.

Grim & Darling released their newest album, Three, in October 2020, and reached a new level of maturity and identity in their music. With this new self-assurance in tow, they’ve got big plans to expand in 2021.

We are committed to following all applicable guidance under the Colorado's Re-opening guidance for restaurants. Don't forget your mask!

ALL SALES ARE FINAL. Review your order carefully, there are no refunds for any reason. No tickets are mailed to you, your name will be on the will call list night of show. Night of show (1) bring a valid government issued ID and (2) print your confirmation or show your electronic confirmation e-mail. Tickets may be transferred by providing your receipt for another person to provide at the door.

To transfer your ticket: Please provide the person who will be using your tickets with your electronic receipt (electronic or printed). They will need to show it at the door the night of show. This will be honored as long as no one else has checked in using a duplicate electronic receipt.