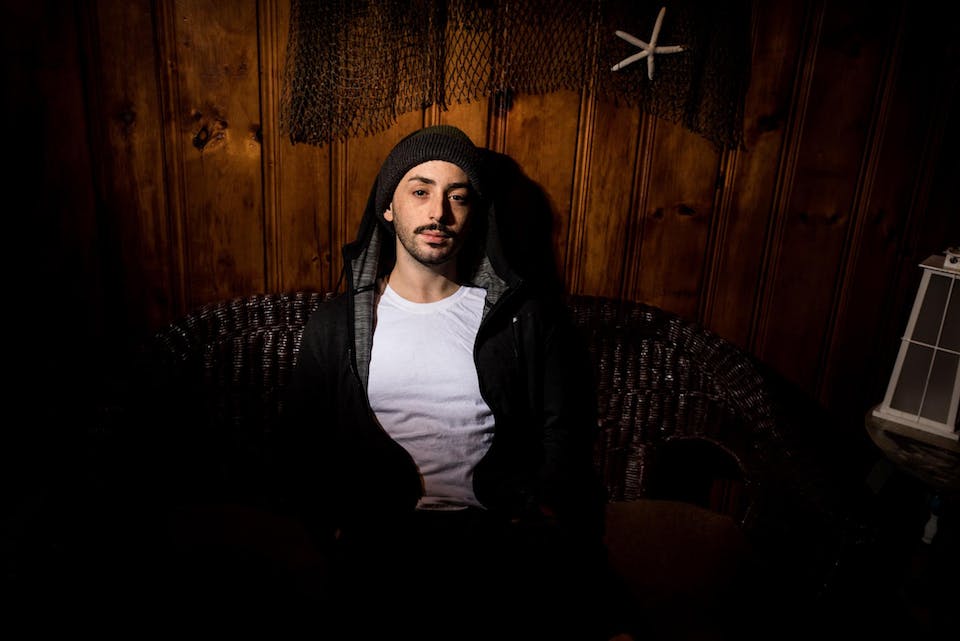 Oso Oso is a sentimental alternative rock band whose sound forces a collision between pop and punk. They channel the best of early 2000's indie and late 90's punk with a more grounded pop twist. 2017's "The Yunahon Mixtape" was written and recorded almost entirely by lead vocalist and songwriter Jade Dimitri with help from his longtime friend and current drummer Aaron Wims. This unified vision is clear throughout the record's open-ended but purposeful 3rd person narrative.

Future Teens started as a joke, and perhaps appropriately, the band played their first show in a sweaty basement while a Fourth of July barbecue raged outside. They played three songs at that 2014 show, each less practiced than the one before.

The group's debut EP Still Afraid of Allston was scruffy and full of hooks, a bedroom-pop gem that was recorded "right into the computer—we didn't even use amps," Radin (Vocals/Bass) recalls. The charming, conversational songs demanded a fuller sound in a live setting at the band's shows in their hometown of Boston and beyond and so drummer Dylan Vadakin, guitarist Nick Cortezi, and vocalist and guitarist Amy Hoffman signed on.

In 2017, Future Teens wrapped Bored And Alone, which was self-produced and mixed by Justin Pizzoferrato (Speedy Ortiz, Krill). The band's hooks and energy are bolstered by the four-piece setup; "when you're with three other people, you can bounce ideas off each other and collaboration is just more fulfilling," says Radin.

Though standalone in itself, Bored and Alone is a precursor to the band’s first full length effort, Hard Feelings. The album title encapsulates how each song toes the line between despair and humor. “Having feelings all the time is hard — but everyone has them in one way or another— my goal with these songs was to write about things that happen to nearly everyone at some point in their lives” Radin explains.

Hard Feelings is out now via Take This to Heart Records features 10 tracks of romantic misadventure, miscommunication and mistakes. The album also features songwriting from Hoffman and Vadakin. Hoffman remarks, “These new songs are happy sad. Though some are sadder than others, singing them is always cathartic.”